July 12 was not the easiest of days, but Sylvain L. managed to complete his declared task, flying the club's LS4 305 kms in 5h28m from Kars to Beaudette bridge, to Athens and returning home. A claim by the Official Observer (Tim) was filed with the SAC badge chairman and approved this week. Congratulations Sylvain. 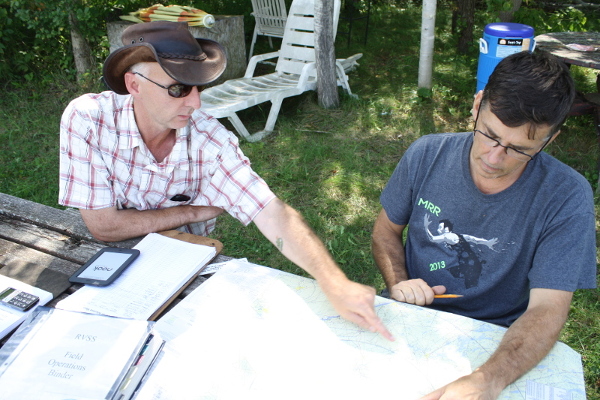 Say congratulations to Zara G. She passed her GPL test with ease says the CFI and will now attend summer courses. pic.twitter.com/Og4arfredF

Congratulations to Paul S. who made his 1st solo glider flight on Sunday. 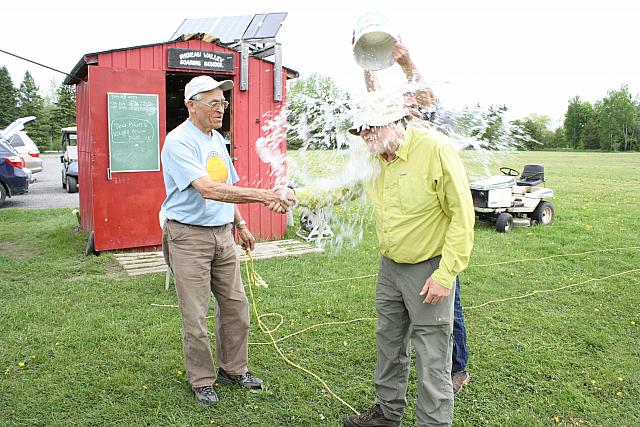 The Soaring Association of Canada has given the 2013 Wlater Piercy award to George for Canadian Instructor of the Year. Here is what SAC says about the award.

The Walter Piercy Award was presented to the Association in 1964 by Walter Piercy, past chairman of the Instructors committee, to be awarded to an instructor who contributes to an outstanding year to his club. This award is won essentially for achieving the most instructing flights in the club in the year, adjusted for numbers of instructors in the club and numbers of instructing flights in the club. Contributions such as organization of cross country courses, ground school lectures, club offices held, and other club positions such as being in charge of aircraft maintenance also count toward this trophy. Club CFIs submit names annually to the Flight Training & Safety committee who select the winner.

Everyone at Rideau Valley Soaring is very proud of George for earning this award. Congratulations George.

From two separate flights, Carl earned his FAI Silver badge this season at RVSS. One flight qualified for distance and height-gain, the other for duration. The performances were recognized in the Fall 2013 edition of Free Flight magazine. This is a significant achievement for Carl and for the club, which has not minted a new Silver pilot for probably over 15 years. The FAI can take part of the blame/credit for this. Rules for Silver and Gold badges were recently changed, finally accepting GPS altitude from selective, inexpensive Flight Recorders - with an error margin - to be part of the claim.

We have wrapped up another successful season of training. A number of student pilots progressed to Solo status or went further and passed their practical flight tests. Congratulations to them all, and to the volunteer instructors who showed them the way.

Al H. took an end-of-season flight test and passed. Long time in the works. Welcome to the next step Al. There is a lot more work ahead.

Fiona earned her solo wings on Saturday, joining Carter and Nikyla from earlier in the weeks. Congrats to all.

Congrats to Carter M & Nikyla T who each passed their flight tests this week. Solo is a great way to fly!

Congratulations to Kyle B on passing his Glider Pilot License flight test under very windy conditions.

Who's knees are these?

An Online Community for the Soaring & Sailplane Enthusiast

RVSS is hibernating until Spring, 2023. See you all next season. Take the ground school training in January if you'… https://t.co/6r1lVTT1Aq

We're still operating. Student attendance has been light, so it could be a good time to come for an Intro and see the fall colours.

@Krisemms For weekends, it's arrive and queue-to-fly. You have to slot-in with students and club pilots who are at… https://t.co/JACJW2LZuu

If you're planning to visit on Sat, be aware that we may not operate due to forecast high winds. Feel free to email… https://t.co/bHPLaDh2BF

Our opening was slightly delayed, so we can't see new members until May 8 or 9 (yes, Monday). Email club.pres@rvss.… https://t.co/UiXOYAgiVu

May 7 seems to be the day we can welcome new people. By then, we should be up and running and our existing members… https://t.co/SzunCXOXu6

RVSS has closed for the winter. Now planning for 2022.

At last, we are open to new members who want to learn to fly. There are conditions, so please read https://t.co/A9AeB3Epv2